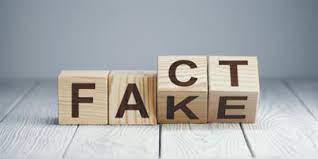 Media outlets and social media platforms run rampant with “fake news,” or information that has not been fact-checked, especially as they become more opinionated and stray away from centrist, fact-based reporting. This is an increasing issue in reporting, as the public receives most of their information in this way and depend on these outlets to be informed. According to BBC, false information can take many forms (satire, clickbait, propaganda, and mistakes), and it can be classified as disinformation or misinformation. It is very difficult for the public to identify any media outlet or social media post as any of these classifications without reading competing claims or doing their own research. Therefore, the purpose of this project is to show how a potential Fake News Detection tool can be built and used by various platforms to warn users of the content before they read.

This ethical tool will search through Tweets and attempt to label them as “right”, “left”, “centrist” and also add a level of fake news detection to them. While Twitter is currently working on this feature, it is not completely employed at the moment. The goal of this feature is to minimize the amount of fake news that the public receives from social media outlets. This tool aims to eventually be able to use machine learning algorithms to aid in its fake news detection. This detection is done by searching the selected user’s tweets for various words which indicate fake news, such as “most”, “least”, etc.